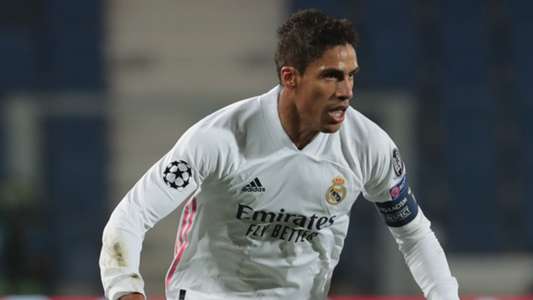 Raphael Varane claims to have a “warrior mentality” and considers the pressure at Real Madrid to be “a friend”, claiming “you run faster when you’re scared”.

The 27-year-old centre-half knows all about delivering on the biggest stages.

Three Liga titles and four Champions League crowns with Real sit alongside a World Cup winners’ medal on the France international’s roll of honour, and the intention is to keep adding to that collection in seasons to come.

Varane told UEFA’s official website on the expectation he faces: “For me, pressure is a friend. It’s a driving force.

“I think pressure makes you better. It gives you adrenaline and helps you think faster, stay more focused and play the game more intensely. I’d say that terrifying pressure should motivate you, since you run faster when you’re scared.”

The Frenchman added on learning to deal with pressure and deliver on it: “I don’t think my style of play makes you immediately think that I’m a warrior. However, I recognise that I have a warrior mentality.

“I quite like challenges. The more difficult the challenge, the more I enjoy it. The less you believe in me, the more motivated I am. That’s my way of being and thinking, and that’s what helped me reach the highest level and stay there for many years.”

Varane is still in the process of chasing down major silverware this season.

Madrid are looking to successfully defend the domestic title in Spain, while the first leg of their heavyweight Champions League quarter-final clash with Liverpool is on Tuesday.

Once those efforts at home and abroad come to a close, Varane’s attention will switch to international matters.

He will, fitness permitting, form part of Didier Deschamps’ plans this summer as France seek to build on their World Cup success from 2018 by landing another European Championship.