‘Why Sofapaka will not crack Kakamega Homeboyz easily’ – Odhiambo | Goal.com 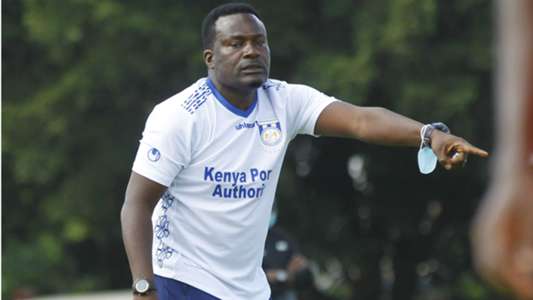 Sofapaka head coach Ken Odhiambo has explained why they will not easily see off Kakamega Homeboyz during a Football Kenya Federation Premier League tie at Bukhubgu Stadium on Sunday.

A point is what separates the two sides although Kakamega Homeboyz have played one more game and Odhiambo has pointed out why the match will not be an easy one for them.

“We are facing strong opposition, they are compact at the back and lethal upfront that makes them a hard side not to crack easily,” Odhiambo told the club’s website. “The point difference tells it, we are in for a tough match but we are well prepared for the duel on Sunday.”

“It has always been close affairs in our past fixtures though we have emerged winners in most occasions and we only want to maintain on the record.”

The Harambee Stars assistant head coach also called for consistency from his side, especially after a poor season start.

“To win matches, be at the top, and challenge for the title calls for strong mentality from players throughout,” he added. “It has been a concern for us in the past fixtures where we lost matches that we should have picked maximum points.

“We want to be champions and for us to achieve that we need to up on our mentality, we have discussed it and I only hope we start seeing a positive change on it.

“Consistency is still a huge concern, we haven’t had a string of positive results from our fixtures and we want to bring an end to it. A win over Kakamega Homeboyz and the next two home fixtures will give us a proper picture and momentum.”

The former Bandari head coach also believes a win over Kakamega Homeboyz will help in halting a poor record from the away games.

“Sunday’s game is a crucial one for us because we seriously need the points,” he added. “We go into the clash with the sole aim of bagging the points and of course bragging rights too.

“Our away record is a poor one and we want to bring an end to such by winning the Kakamega Homeboyz fixture and making it two out of two from Posta Rangers win a fortnight ago.”

“A huge blow to us missing our key point men up front but we have a good squad and I believe those selected will do a splendid job,” he said concerning the injuries.