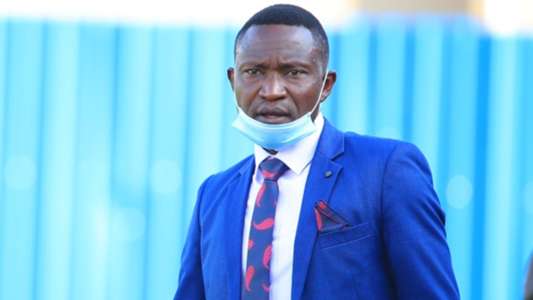 KCCA FC coach Morley Byekwaso has promised a positive start when they face Nyamityobora FC in the first leg of their Round of 32 clash in the Uganda Cup at Omondi Stadium in Lugogo on Wednesday.

The Kasasiro Boys will head into the match after winning their last Ugandan Premier League match 3-0 against BUL FC, and it was the first assignment for Byekwaso, who was appointed on an interim basis to replaced fired Mike Mutebi.

Byekwaso has admitted it will not be an easy ride for KCCA as their opponents have an experienced coach and players, but he has promised to make use of their home ground advantage to get a convincing result ahead of the return leg on April 10.

“We are ready as usual, we have prepared so well and the boys have trained so well and are picking up,” Byekwaso told the club’s Online TV ahead of the match.

“We are going to play a very good team in Nyamityobora and have a very good coach in Makumbi, he is very experienced, he is way above us and we know him but the knock out game is always tough, and we think the game will be tough but being at home we shall win the game.

“We might make some changes in this game. Poloto and Kato will start in this one and maintain a number of the players that played against BUL to ensure we have the rhythm playing only one match is not enough.

“So we think we need to give them chances to see that they progress with their fitness level, so [Poloto] when he came in he played well so we have to give him that chance back, he is one of our top players in the club and I think he is now fit enough to deliver.

The two sides have met twice in history, KCCA winning 6-1 and 2-0, and the Kasasiro Boys know a win against Nyamityobora will keep their hopes high in pursuit of the 11th Uganda Cup title.

Julius Poloto and Samuel Kato are likely to start the game as the pair trained with the first team for the last three days while forward Sam Ssenyonjo returned to first-team training and will make the matchday squad.

Forwards Charles Lwanga and Sadat Anaku are all available for selection, while Brian Aheebwa, Juma Balinya, Gift Ali, Musa Ramathan, and John Revita are all ruled out due to injuries.

Share
Facebook
Twitter
Email
Tumblr
Previous articleEconomic measures taken by countries during pandemic may have unintended consequences: IMF
Next articleMaharashtra SOS On Vaccines, Stocks Only For 3 Days, Centres Had To Shut
- Advertisement -