A video that has gone viral on-line exhibits a groom smacking a photographer throughout a marriage photoshoot – sending the bride into matches of hysterical laughter. Shared on Twitter final week, the 45-second clip has been considered nearly 1,000,000 instances and has left individuals in splits – but how a lot of this video is actual and the way a lot is staged? Learn on to search out out.

Though the photographer seems to be unfazed by the offended groom, the bride was seen dissolving into giggles at this flip of occasions. She was filmed falling down on the ground, laughing hysterically, as her groom walked off.

The video was shared on Twitter by Renuka Mohan, who wrote: “I simply love this bride.”

Since being posted on the microblogging platform, the footage has racked up over 9 lakh views and almost 16,000 ‘retweets’.

Nonetheless, the thriller was cleared up when the ‘bride’ herself responded to the viral video – revealing that the clip is definitely a part of a movie shoot.

She additionally revealed that the video was recorded throughout the capturing of a film referred to as ‘Darling Pyaar Jhukta Nahi’ and thanked Ms Mohan for sharing it and serving to it go viral.

Ms Chowhan responded to lots of the congratulatory messages she acquired, clarifying that she didn’t truly get married and that the entire video was a part of the shoot.

What do you suppose? Tell us utilizing the feedback part. 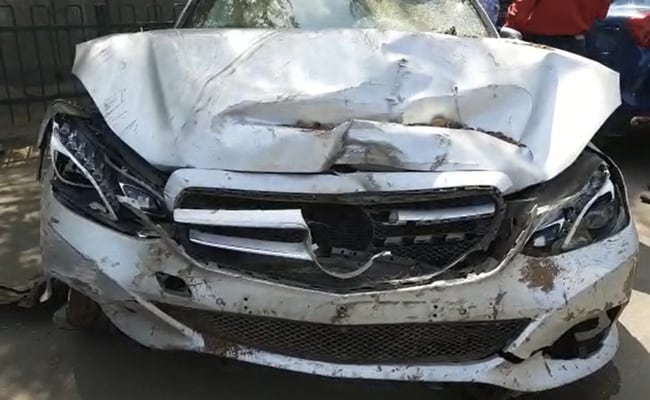