Who are Arsenal’s best FPL assets?

This series will see 101 explore the three best picks for your FPL side from all 20 Premier League clubs ahead of the 2021/22 campaign. Make sure to check back to the site every day for more FPL tips and updates across the forthcoming season.

The first team we will look at is Arsenal.

The Spaniard has only been able to guide the Gunners to two 8th place finishes in the Premier League so far.

However, the north Londoners would actually have finished last seaosn in 3rd place if the campaign began after Christmas, showing that there have been improvements made by Arsenal in recent times.

Arsenal also do not have to contend with European football in 2021/22, meaning there is much less of a risk when picking their players as rotation is likely to be reduced a fair bit.

2020/21 was not a particularly great seaosn for Arsenal, but one player who did stand out was Bukayo Saka.

Despite still being just 19, Saka was by far and away the Gunners’ most consistent performer throughout last season.

And, after being moved to the right on a more regular basis from December, Saka also began to earn some decent returns on FPL.

The midfielder finished the campaign with five goals and five assists, with all but one of those returns coming after his switch to the right.

So, if Arteta starts Saka on the right from the get-go in 2021/22, which is to be expected, then we could see those numbers improved even further.

And at 6.5m, Saka does represent a solid budget option for your side. He is also one of the few players in Arsenal’s team considered undroppable.

The next player you should look to sign from Arsenal is Ben White.

The centre-back is not officially an Arsenal player at the time of writing, but a deal does look to be all but confirmed.

Arsenal had a solid defensive record in 2020/21, conceding the 3rd fewest goals in the Premier League behind only Manchester City and Arsenal.

So, with White set to be a 4.5m defender this year, having him as one of your 4.5m defenders does seem like a very wise choice.

For more info on 4.5m defenders and their effectiveness check out this piece from 101.

Alternatively, if White does not sign for Arsenal – though it seems very likely to happen at this stage – then Rob Holding would likely be Arsenal’s main starting right centre-back and as he is also 4.5m, it would essentially be the same as owning White.

The final Arsenal player you may wish to sign for your FPL side is Emile Smith Rowe.

Smith Rowe only began to feature in the league for the Gunners from Boxing Day last season, but his impact was very clear.

ESM brought some much-needed creativity to the north Londoners’ midfield, chipping in with two goals and five assists.

And, now he is set to be handed a full campaign as a starting player, that return should also go up a fair bit.

Smith Rowe is probably not someone you want as a starting player in a four or three-man midfield. But if you are starting all five midfielders, he could be a great budget option for you.

You can join by using the following code: xtp90j

Brentford, Norwich, Watford: Who are the best FPL options from the newly promoted teams? 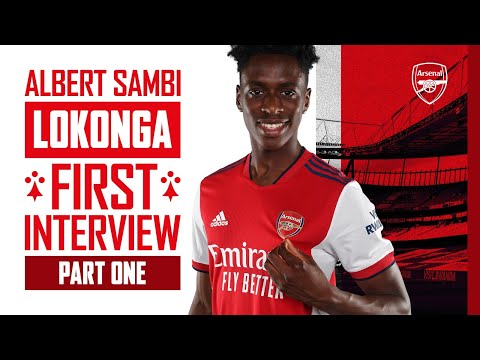 Albert Sambi Lokonga has joined us from Anderlecht on a long-term contract. The 21-year-old…