Solar Eclipse 2021 Time: When And How To Watch The Surya Grahan 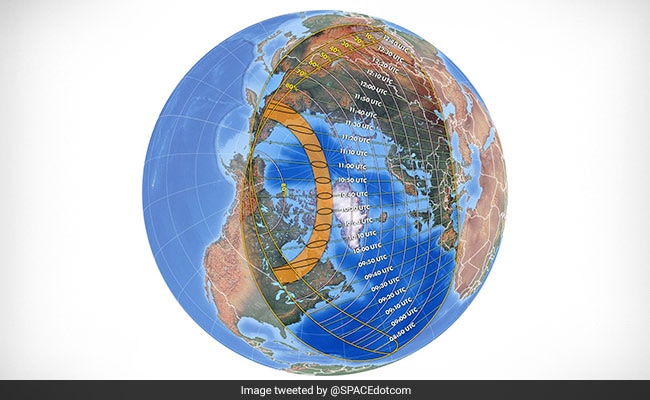 Solar Eclipse or Surya Grahan: Are you ready for the Solar Eclipse or Surya Grahan on Thursday? Early on June 10, people in parts of the Northern Hemisphere will get a chance to watch the dramatic ‘ring of fire’ or annular Solar Eclipse. In few countries, the partial eclipse of the Sun will also be seen. The Solar Eclipse happens when the Moon directly moves between the Sun and Earth. An annular Solar Eclipse takes place when the Moon moves right in front of the Sun, blocking it, except for a ring around the edges and this creates the ‘ring of fire’ look. According to NASA, “People in parts of Canada, Greenland, and northern Russia will experience the annular eclipse…viewers in parts of the eastern United States and northern Alaska will see a partial solar eclipse along with much of Canada and parts of the Caribbean, Europe, Asia, and northern Africa.”

Solar Eclipse or Surya Grahan: How to watch in India

How long with the Solar Eclipse or Surya Grahan last?