Sirino warns Mamelodi Sundowns’ rivals: We have the squad to win all the titles | Goal.com 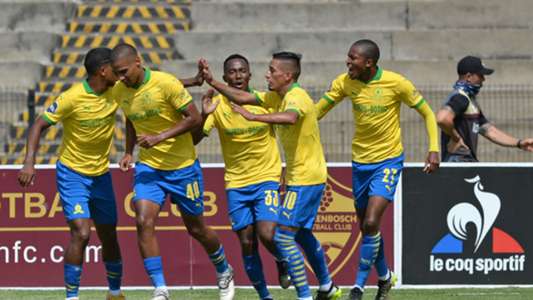 In 114 matches for Masandawana, the Montevideo-born forward, now in his fourth season at the club, has scored 28 goals and added 31 assists

Mamelodi Sundowns forward Gaston Sirino is feeling confident about his club’s chances of finishing the season with several trophies.

Sundowns won the domestic treble last season of the league, the Nedbank Cup and the Telkom Knockout.

At present, they top the league standings and are still competing in the Nedbank Cup and the Caf Champions League.

Sirino had an uncertain first half of the season – he was injured and also at one point looked like he wanted to join former coach Pitso Mosimane at Egyptian outfit Al Ahly.

Now, however, he has become an integral part of the Brazilians attack and has been combining superbly with the likes of Peter Shalulile, Kermit Erasmus and Themba Zwane.

“We are doing well, I am enjoying my football and we are getting the results. Everything is good because everyone realizes that we are on the right path, there is still a long way to go but if we continue in this way we will achieve our objectives”, the Uruguayan was quoted saying on the Masandawana website.

The South American has totalled 15 appearances for the Pretoria team this season and has scored four goals and added two assists.

He’s also been nominated as the Sundowns Supporters’ Player of the Month for February, such has been his influence.

The Brazilians have not lost a game since their defeat to Bloemfontein Celtic in the opening game of the season – an MTN8 quarter-final match – and are certainly looking in the mood to achieve things this season.

“We have to take care of ourselves in the best way we can so that we can win all the titles that we are playing for,” the 30-year-old Sirino commented.

“If you look at the team we have the necessary squad to do so. Mamelodi Sundowns is a great team and winning is part of our DNA, so we must go out and make sure that we bring in the trophies like we have been doing all these years.”