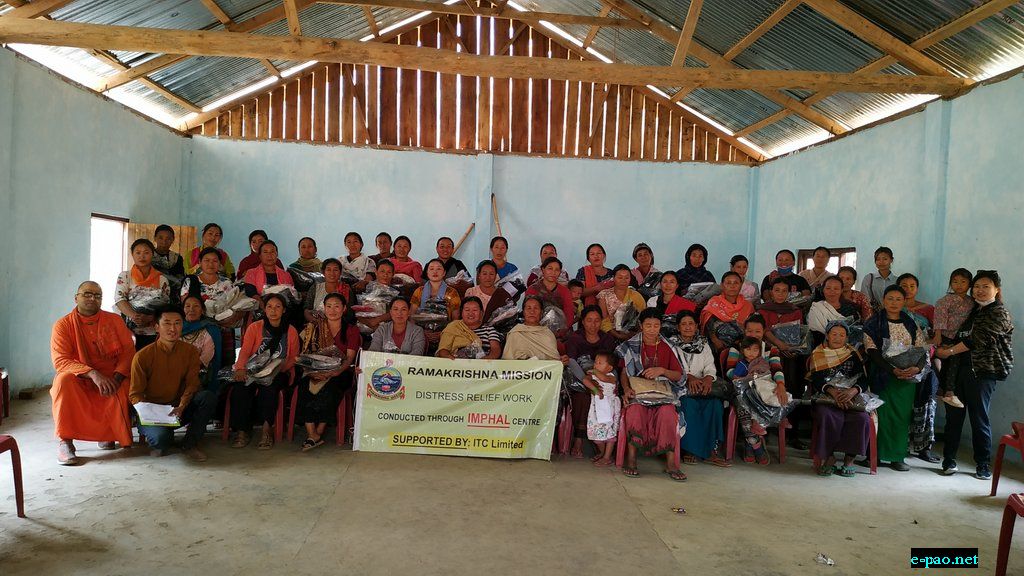 Rajaimei is more than 200 years old village, under Willong sub-division in Senapati district, located at a distance of more than 80 Kms from Imphal and takes more than 3 hours to reach because of rugged hill roads. Coming to know, through word of mouth, about the ongoing relief services of the Ramakrishna Mission, Imphal, the village authorities invited us to visit their village.

Thus, on Saturday, 27.03.2021, a team from Ramakrishna Mission, Imphal, visited the Rajaimei village. The Youth Secretary of the village, Mr. Benjamin, very cordially received us. From our interaction with him, we came to know a little about the struggles & hardships the villagers face.

There is only one Govt. School upto class 3 and no medical facility in the village. Thus, the parents have no other option but to send their kids to town areas for further education, which increases the cost of education manifold for them. Farming & forest produce being the only source of income for the villagers, they struggle a lot to bear the educational expenses of their children.

There were only about 60 families staying in the village at the time of our visit. All families were provided with a set of clothing each consisting 1 Male Jacket, 2 Male trousers, 1 female trouser & 2 female tops. Cakes, chocolates & some stationery items were also provided for the children. The assembled villagers expressed their happiness on our visit and wished that we visit them again.

Also, earlier in the day, a small relief programme was held at Tumuyon Khullen, another village in senapati District, where 30 underprivileged families were provided with sets of clothings. All the assembled children were also provided with chocolates, cakes & stationary items.

The most unique aspect of these relief was that all the beneficiary families, in both the above places, belong to the Maram Community, which is the only tribal community, in Manipur, to be notified as Particularly Vulnerable Tribal Group (or PVTG) by the Govt. of India. There are only 2 PVTG classified communities in the whole North-Eastern region out of 75 such groups in the country. 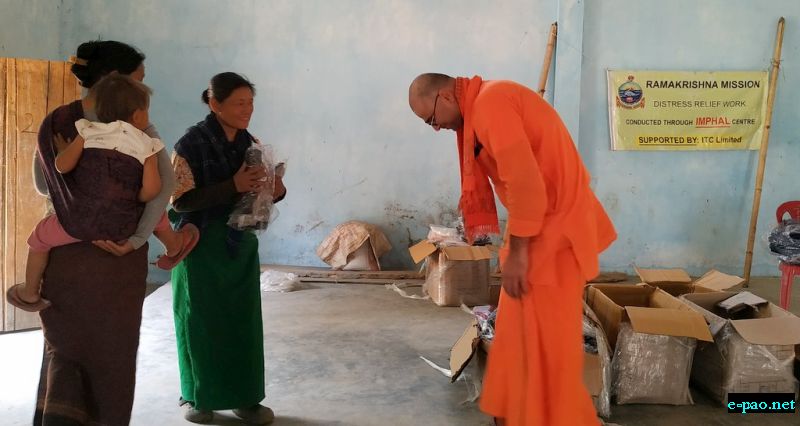 * This Press Release was sent to e-pao.net by “Imphal Ramakrishna Mission”
who can be contacted at imphal(AT)rkmm(DOT)org