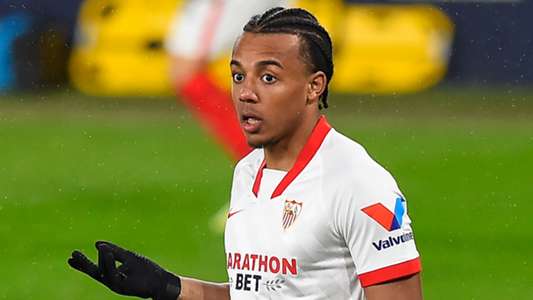 Ivan Rakitic can “understand” why a big-money transfer may appeal to Sevilla team-mate Jules Kounde this summer, with the 22-year-old defender expected to attract interest from “the biggest clubs in the world”.

Manchester rivals City and United have been heavily linked with moves for the highly-rated Frenchman, with approaches from the Etihad Stadium having been knocked back in the past.

Rakitic believes more offers will be put on the table in the next window, with the opportunity to link up with title-chasing heavyweights holding obvious appeal to an ambitious youngster.

Former Barcelona star Rakitic, who returned to Sevilla in 2020, has told DjMaRiiO: “A boy like Kounde, at his age, if he gets an offer from one of the biggest clubs in the world, you have to understand the kid and his situation.”

How much would Kounde cost?

Acquiring such ability will not come cheap, with Kounde boasting unquestionable talent in the present and considerable potential for the future.

It is reported that his current contract includes a release clause that could be triggered by potential suitors.

That price tag is said to stand at £68 million ($94m), with said valuation proving to be enough to scare off suitors for now.

Interest is building again, though, and any number of sides from across Europe may be tempted to spend big at the next opportunity.

Could Kounde end up in England?

Sevilla have admitted to receiving a “magnificent” offer from Manchester City in 2020, but were able to fend that off.

Kounde spoke with the Blues, but was happy to remain in Spain and further his development there.

Pep Guardiola is still sniffing around, though, while Manchester United are also in the market for another reliable centre-half option to slot in alongside club captain Harry Maguire.

Kounde’s current contract is due to run until the summer of 2024.

The crazy Arsenal statistic that reveals the potential is truly there