Opinion: What India Needs To Correct To Ensure Jobs For Young People 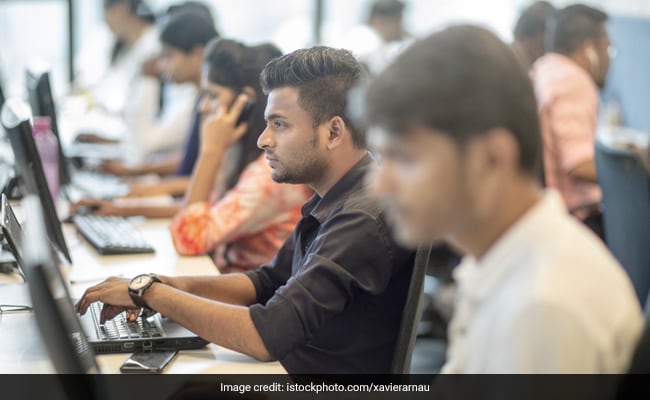 Nobel Laureate Professor Amartya Sen in his seminal “theory of capabilities” says that for development in a country to take place, it is necessary to make people use their livelihoods to produce the living conditions they aspire to. In this philosophical paradigm, mere economic growth does not bring in development; often, people accept working and living in deplorable conditions in urban and semi-urban India due to limited livelihood opportunities that are available in more serene landscapes. An estimated 90 million students and young people will be joining the workforce by 2030, many of whom have been brought up in the faith and belief that a formal education will propel them into a world of economic security better than their parents’. All too often, when faced with the harsh reality of the gap between their education or training, and the skills and tactical need of engaging in an actual livelihood, despondency and dejection sets in, weakening our social fabric.

So, does the present system of education and skill-based training allow our youth to achieve their aspirations and quest for a better life? In search of an answer, Future Forward Skills Mission (FFSM), a project founded by Tata Trusts, Child Fund of India and UNDP and Thought Arbitrage Research Institute (TARI), attempted to develop a district livelihood framework that helps forecast skills required over the medium term, built broadly around three pillars that bridge and balance the gap between supply of labour (i.e. job seekers), demand (from industry, own or self-created opportunities, local GDP, consumption etc.) and institutional (government, banks, educational, civil society etc.) enablement. The framework was tested in two districts in South India: Kurnool in Andhra Pradesh and Raichur in Karnataka, one of which is included in Niti Ayog’s classification as an aspirational district.

The FFSM project analysed big data, based on Google searches of online job postings, over a 15-year period in these two districts in South India to understand perspectives and the aspirations of livelihood. The analysis shows that searches across the two districts follow a similar trend for the first 10 years i.e. 2004 to 2014, where the interest was mainly in jobs in local manufacturing industries, e.g. agricultural processing, mining and metals, chemicals etc. Around 2014, though, there a major shift toward services, starting with those that support existing local businesses like logistics, transportation, repairs. From 2018, the interest was mainly around services industries in lifestyle, beauty, fitness, renewables, hospitality, with some jobs showing over 200% increase in interest.

Further, the choice of sectors or industries chosen for training or imparting skills are often not aligned to the future growth plan of the district and related economic factors like the composition of GDP, urbanization rate, consumption, flow of investment and credit, all of which drive growth. Near uniformity of the course content of skill programmes across districts, without being tailored to local conditions, creates courses that can certainly be delivered quickly but are rarely effective in creating worthwhile learning outcomes.

The ratio of enrolment to trained and then certified in both districts is below 50%, which shows that students are unable to achieve a level of skill that allows the institution to certify them. Data on placement is even more dismal (below 25%); for those that do get placed, there is little data to show how many of the students retained their jobs after they completed their probation period. This is a fallout of the structure of government skill programmes, which mandates the placement of students for a minimum time period – a ‘gameable’ and bendable clause!

The question which is largely unanswered in the programme is whether the pedagogy creates sustainable, cognitive and upgradable skills, In most programmes, the skills imparted are significantly rudimentary and rarely upgradable. Worryingly, most jobs targeted by such programmes such as stocking goods on a retail rack or running basic stock ledgers in a logistics company will vanish with the next wave of automation.

Stakeholders such as local industry associations and individual business owners in both districts unanimously agreed that candidates who graduate from skill programmes are not sufficiently trained for the roles and salaries they seek, and employers have to spend up to six months and incur significant costs to make them ready for employment.

What are the key learnings from the FFSM project?

1) The skills imparted should be primarily absorbed in local districts so that people do not need to travel far for employment. Often, the available jobs for a certain level of skills do not pay enough to cover the higher cost of living in a city, and migrants end up living in penury. Localized absorption is also important, keeping in mind the recent move by many states for reservation of jobs for locals, even in the private sector.

2) Skill programmes can only be tailored for the district if the demand for jobs or livelihood is built on the comparative and competitive advantages of the district, its expected growth and composition of GDP, government programmes to support livelihood (such as ‘doubling farmers income by 2022’), available institutional credit, the state of industrialization, income levels of citizens, maturity of service industry, etc.

3) The curricula of skill courses must be designed not only by academicians but also include inputs from people who have real experience in running businesses. Apart from a strong technical domain and cognitive knowledge, training in soft skills like communication and business acumen will prepare job-seekers to succeed in dynamic working situations threatened by innovation and automation.

4) The integration of the enabling institutions with the livelihood equation is another major driver. Most schemes or arms of the government tend to work independently, and this lack of assimilation and ownership of the entire livelihood programme creates too many components for seamless livelihood determination and a deployment mechanism.

5) The National Education Policy of 2020 makes a paradigm departure by moving away from policies of past decades based on access and equity to reimagine education as an enabler to “…create a truly global citizen”. This shift from an unwavering focus on rote-learning to that of outcomes of learning is laudable, though only time will tell how this can be achieved. The integration of life and livelihood skills in secondary and tertiary education is a giant step toward creating the foundation of sustainable livelihood.

India – the centre and state governments and the private sector – has spent billions on skills training and development. Yet, we still need an integrated blueprint which combines demand based on economic growth and development in a district with education and the skill levels of youth, supported with pillars of institutional enablement. Unless the three pillars stay connected, we will not make any progress toward solving the livelihood conundrum in India.

(Kaushik Dutta is a founder of Thought Arbitrage Research Institute, a think tank working on public policies economics and governance.)

Disclaimer: The opinions expressed within this article are the personal opinions of the author. The facts and opinions appearing in the article do not reflect the views of NDTV and NDTV does not assume any responsibility or liability for the same.