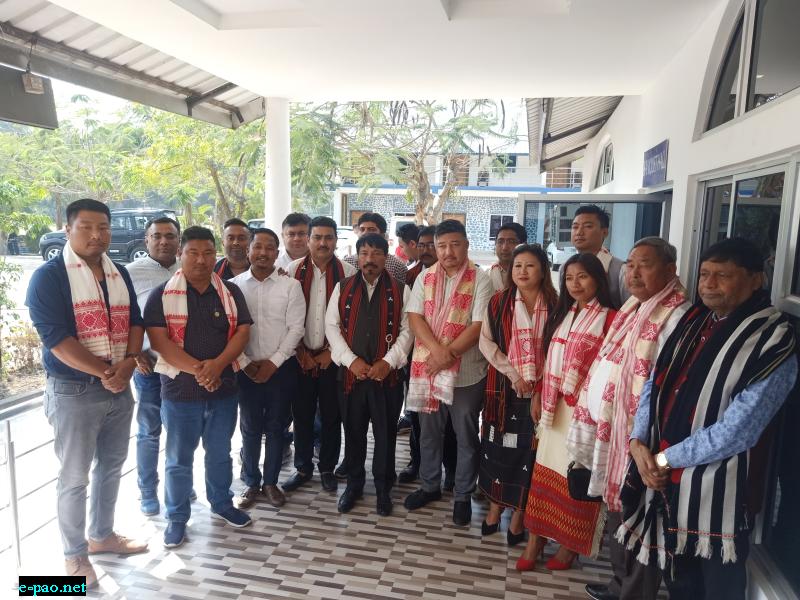 An NDPP delegation today visited Assam and called on President of the AGP and Honourable Minister, Government of Assam, at Bokakhat, Mr. Atul Bora. The delegation conveyed its solidarity to the AGP in the ensuing Assam Assembly elections and wished the regional party all success.

Solidarity messages on behalf of the Honourable Chief Minister of Nagaland, Mr. Neiphiu Rio and NDPP President Mr. Chingwang Konyak were also conveyed to the AGP leadership. The NDPP expressed its hope that the common aspirations of the people of the region and regional identity would be upheld through collective teamwork of regional parties in the interest of nation building.

The NDPP and AGP are both members of the North East Democratic Alliance (NEDA) and share close bonds of friendship and solidarity. The NDPP also conveyed its best wishes to its alliance partner, BJP in the Assam Elections. The BJP and the AGP are in a pre-poll alliance and are successfully running the present government in Assam.


* This Press Release was sent to e-pao.net by NDPP
who can be contacted at ndpppress(AT)gmail(DOT)com