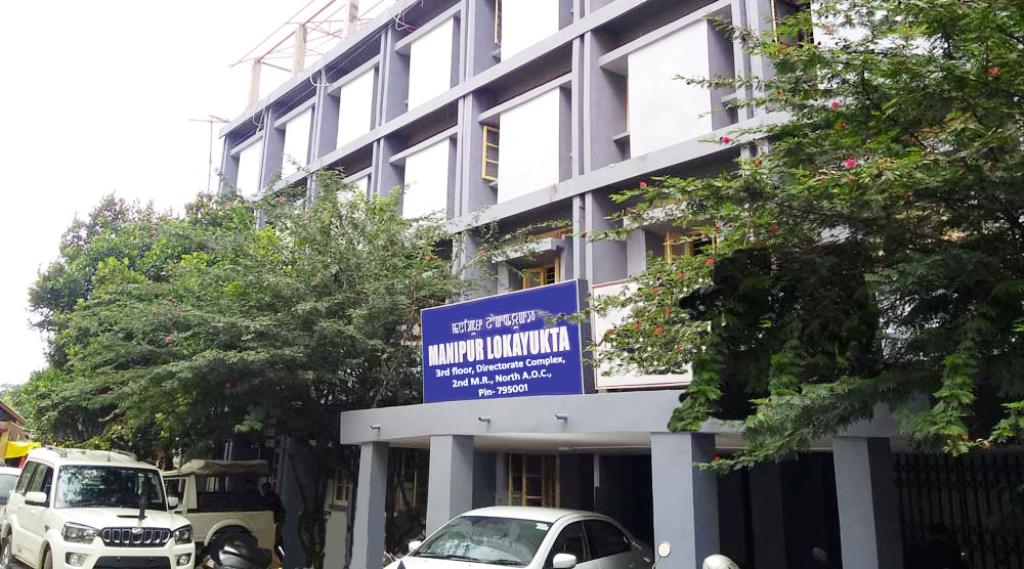 Corruption is bleeding the crux of Manipur. It affects the way of life of the common people and fulfilment of nation building goals. People distrust the Government and its policies, thereby weakening the ethos of democracy due to chronic corruption in the state. Economic development is hampered and further exacerbates inequality, poverty, social division and the environmental crisis.

At this juncture, the establishment of Manipur Lokayukta, an anti-corruption ombudsmen institution, under Manipur Lokayukta Act, 2014 to inquire into allegations of corruption against certain public functionaries and for matters connected therewith or incidental thereto is the most imperative tool in the State.

It may be noted that it is independent of the three organs of state as neither of the organs of government has any control over it. This August institution will now investigate the grievances of the citizens of the state caused by corrupt administration, and will also conduct inquiry into allegation of abuse of office, corruption or lack of integrity against public servant.

The jurisdiction of Lokayukta includes Chief Minister, Ministers, Members of Legislative Assembly, Officers and Officials of the State Government.

The active participation of the citizens in governance is the need of the hour. The Lokayukta will remain a toothless tiger until more and more people in the State make complaints and bring up cases of abuse of office, corruption or lack of integrity against public servant. Therefore a strong vigilant citizenry makes a strong Lokayukta.

The official website www.lokayukta.mn.nic.in of the Lokayukta has been launched on 24th August, 2019 through which more information can be obtained by the people of the State. The Lokayukta is in its nascent stage, therefore the functions and role of the institution in combating corruption in the State needs to be emphasised.

Firstly, a mandatory public notice display in all State Govt offices to encourage responsible members of public to contact the office of Manipur Lokayukta confidentially with specific information about corruption and malpractices in any of the dealings in the State Departments may be installed at the entrance of each State Dept Office with information of the contact person, phone Number, E-Mail etc.

Secondly, it is suggested that all State Govt Departments celebrate Manipur Lokayukta Week during the first week of the month of April tocommemorate of its coming into force in the entire state as well as to emphasise the need to eliminate corruption in governance and to put up banners and posters relating to the message.

Thirdly, a massive awareness drive through seminars, discussions in all district headquarters and major towns in public halls in association with the Law Department, Home Department, and Legal Luminaries etc. may be conducted on a regular basis by the office bearers of the Institution. These steps are necessary so as to enable the common people of every district of the state to make complaints against public functionaries of various departments of the State Government.

Fourthly, Lokayukta will function more effectively in curbing corruption, if the Vigilance and Anti-Corruption Department of the Government of Manipur is put under the control of the Manipur Lokayukta. This step will also ensure that investigation into corruption cases are speedy, credible and free from political influences.

During 2019-2020, as per the annual report, 5 (five) complaint have been filed and 2 cases have been registered for inquiry. The Lokayukta has examined the preliminary Report of case 2/2019 and concluded that there exists a prima facie case for further proceeding in the matter.

Under the provisions of Manipur Lokayukta Act, 2014, the Lokayukta has been given the following powers viz.

ii) supervisory over the investigating agency,

v) utilizing the services of officers of the State Government,

vii) confiscation of assets, proceeds etc. arisen or procured by means of corruption in special circumstances,

viii) to recommend transfer or suspension of public servant connected with allegation of corruption, etc.

In order to secure the goals and fulfilment of mandate of the Constitution of India that are directed towards the welfare of the people at large, it is hoped that Manipur Lokayukta will play the highest role and be able to ensure in years to come clean governance for the common people.