Kipikirui blames financial woes at Gor Mahia for slowing down his career | Goal.com 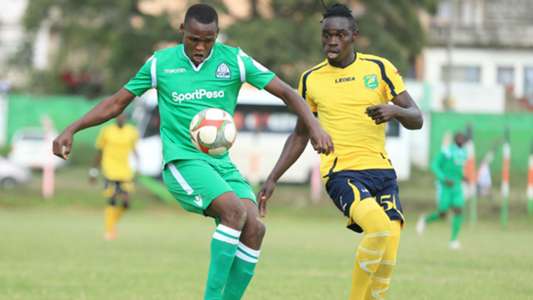 The young striker joined K’Ogalo from Zoo FC and went ahead to help them to clinch the league title in the 2019-20 season under coach Steven Polack, when the campaign was prematurely ended owing to the outbreak of coronavirus pandemic in the country.

And despite starting the 2020-21 season at Gor Mahia, Kipkirui opted to stay away from attending training and playing in subsequent matches, demanding his accrued salary arrears to be paid, a decision which saw him also miss the Caf Champions League and Confederation Cup campaigns.

Kipkirui has said he was stressed playing for the Kenyan champions because he could not get money to pay his house rent, and this meant he was not able to concentrate 100 percent on the pitch.

“When you leave the house stressed up, there is no way you will concentrate and deliver 100 percent on the pitch,” Kipkirui said as quoted by Standard Sports.

“As a professional footballer, you must be stable, in the right frame of mind, and in good health for you to perform consistently at this level. The off the pitch issues will definitely affect your performance and that’s exactly the situation I have found myself in lately.

“I understand the money the sponsor was giving the club was not good enough to cater for all our needs but it is obvious once there is less sponsorship, the club will struggle.

“And for one to make such a decision of leaving a team of Gor Mahia calibre, you must have consulted widely.”

Kipkirui continued: “I think this was the right time for me to leave, but those financial challenges played a big role in my decision making. You can only achieve your targets when you are stable. I left the club in good faith after discussing and agreeing with the officials.”

Kipkirui, who joined the list of players to have quit K’Ogalo over the same problem, further stated: “Everything happens for a reason and situation. I can’t blame anyone for my move from Gor Mahia but the club’s current situation forced me to leave.”

Last season, defender Joash Onyango was among the first players to ditch K’Ogalo as he signed for Simba SC of Tanzania while keeper Fredrick Odhiambo left to sign for Wazito FC.

Other players who followed the exit door include Boniface Omondi to Wazito, Lawrence Juma to Sofapaka, keeper David Mapigano to Azam FC of Tanzania, striker Juma Balinya who moved to Uganda’s KCCA FC, and defender Dickson Ambundo to promoted side Dodoma Jiji in Tanzania.

The Sugar Millers will be hosted by the giants who have had a good run in the Caf Champions League Mtibwa...
Read more
Football