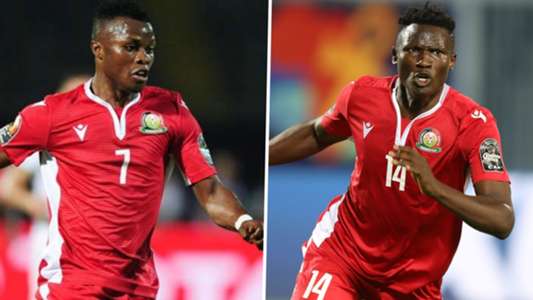 Kenya winger Ayub Timbe has explained how striker Michael Olunga played a hand in his transfer to Vissel Kobe in Japan.

The speedy winger was without a club since mid-October 2020 after he parted ways with Beijing Renhe, but he was officially unveiled by the Japanese top-flight side that is captained by Andres Iniesta on March 1, 2021, though the two parties did not give details of the contract signed.

Speaking during a one-on-one interview, Timbe, who also played for EFL Championship side Reading on loan from Renhe, has revealed he spoke to Olunga about his potential move to Japan, and the towering striker gave him the go-ahead to sign the deal.

“When I was in China I remember watching some of the Vissel Kobe games, there is one game I was so impressed about the team and since then I said to myself Kobe is really a good team and then you guys had Iniesta, you also had Lukas [Podolski], and I was always having this feeling it is a good club,” Timbe said during the one-on-one interview recorded by Kobe Online TV.

“I also remember talking to my colleague Michael [Olunga] while on national team duty and he was like if you really want to go to Japan and you want a good team, it is Vissel Kobe, it is one of the best teams, like in everything, in the players, in the facilities just everything, so I just had a good feeling with the club before I even I joined.”

Timbe continued: “Almost everywhere, like when I was in Belgium and also England and when I was in Kenya, if you ask anyone do you know any club in Japan, they will say Vissel [Kobe], everyone and for me, it was easy to pick the team when they came for my services.”

On what to expect from the new challenge, Timbe said: “It is a new league for me, and it is very a good league with a lot of quality players and I think it is one of the leagues in Asia which is very appreciated, with good quality players and pitches so it is a good which is going to even more up and, and up.”

Olunga left a mark in Japan while playing for Kashiwa Reysol after he won the Golden Boot in the 2020 J1 League season after netting 28 goals in 32 games, and went ahead to lift the Most Valuable Player award, becoming the first African to do so in Japan.

The former Gor Mahia, Thika United, and Tusker forward has since left for Al Duhail SC of Qatar and his performances in the Far East are expected to place considerable pressure on Timbe.

On whether he is among the fastest players in the world, Timbe explained: “How fast I can run? Do you know actually I get this question almost everywhere I go, the national team when I was at Reading when I was at Beijing when I was at Genk but I don’t really know?

“I really hope one day I will break the record of the fastest football player in the world.”

The England U21 international stepped off the bench to earn the Gunners a point against Fulham, bringing a frustrating run to a...
Read more
Football

The letter was sent by the group of English, Spanish and Italian clubs to FIFA President Gianni Infantino and UEFA counterpart Aleksander Ceferin. ...
Read more