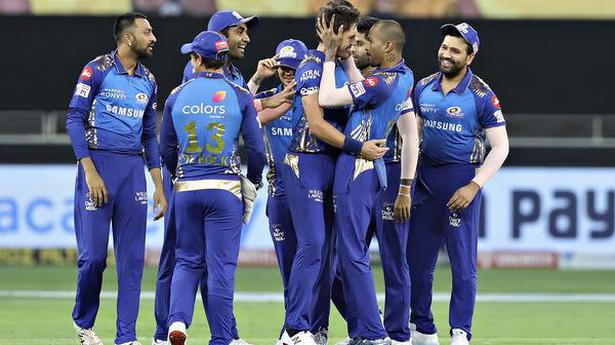 With an abundance of strengths and no obvious weakness, Rohit Sharma’s side is tipped to complete an unprecedented hat-trick of titles

They now say no team has won a hat-trick of IPL titles. Mumbai Indians is set to pay them no heed again, given that it enters the 14th edition as the front-runner to win a record-extending sixth crown.

Rohit Sharma’s army — oops, paltan — carries the tag of being the “the most well-prepared outfit” in the tournament’s history. It’s no wonder, therefore, that it has a ready-made replacement for each of its starting XI. Such is the bench strength that despite injuries and possible pandemic-enforced absences, MI can field a side full of international cricketers right through the season.

Two of its key batsmen — Ishan Kishan and Suryakumar Yadav — will be eager to celebrate their much-awaited international debuts by continuing to make a mockery of opposition bowlers.

And as if that weren’t enough, Hardik Pandya will resume all-round duties after featuring in the UAE purely as a batsman while he rehabilitated his back. He played the finisher’s role to perfection last edition, but this time around, having bowled full tilt during India’s T20I series against England, Hardik is set to unleash his complete potential. It really doesn’t augur well for MI’s opponents.

While the top seven are as ferocious as any T20 batting line-up in the world, the pace combination of Trent Boult and Jasprit Bumrah is as lethal as it can get.

The only possible weak link is the spin department. But with leg-spinner Piyush Chawla, the third-highest wicket-taker in IPL history, having been roped in, there may be cause for optimism on two counts. Not only can Chawla be handy when called upon, he can also act as the perfect mentor for promising leggie Rahul Chahar.

Don’t be surprised if by May 30, both Chawla and Chahar have proven all their detractors wrong and are singing “Where’s the competition?” along with the rest of their teammates.

Chasing just 153 and 72 without loss at one stage, KKR inexplicably dug a hole with its big-strikers hitting only thin air at...
Read more
Cricket

Mumbai made one change in their playing eleven with Adam Milne coming in for Marco Jansen Mumbai Indians captain Rohit Sharma won the...
Read more