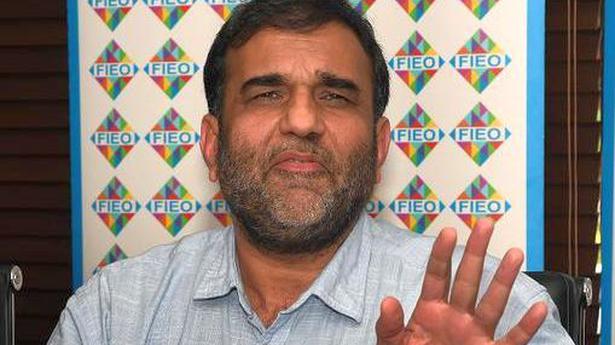 The proposal of India and South Africa on providing temporary patent waiver at the World Trade Organisation (WTO) to deal with the COVID-19 pandemic has achieved tremendous mileage and progression as the WTO member countries have agreed to commence text-based negotiations on it, a top government official said on June 10.

The Trade-Related Aspects of Intellectual Property Rights (TRIPS) Council of the World Trade Organization (WTO) on June 9 agreed with consensus to start text-based negotiations on a proposal submitted by India and South Africa seeking patent waivers to deal with the COVID-19 crisis.

Commerce Secretary Anup Wadhawan said that the text-based negotiations is the way forward and it means that the members have broadly and in-principle accepted the objective behind the waiver proposal.

“India and South Africa’s proposal has achieved tremendous mileage and tremendous progression at a very fast pace,” he told reporters.

“There is a deadline that by July-end, the members are expected to come to an agreed text. So it is a very positive development,” he added.

How the objective will be given effect and to what extent and for how much duration, all that would happen though text-based negotiations, the Secretary noted.

In October 2020, India and South Africa had submitted the first proposal suggesting a waiver for all WTO members on the implementation of certain provisions of the TRIPS Agreement in relation to the prevention, containment or treatment of COVID-19.

In May this year, a revised proposal was submitted by 62 co-sponsors, including India, South Africa, and Indonesia.

The agreement on TRIPS came into effect in January 1995. It is a multilateral agreement on intellectual property (IP) rights such as copyright, industrial designs, patents and protection of undisclosed information or trade secrets.

According to the revised proposal of 62 co-sponsors, the waiver should be in force for at least three years from the date of the decision on the matter.

The co-sponsors have stated that the duration has to be practical for manufacturing to be feasible and viable.

FIDC seeks liquidity support for NBFCs for on-lending to MSMEs