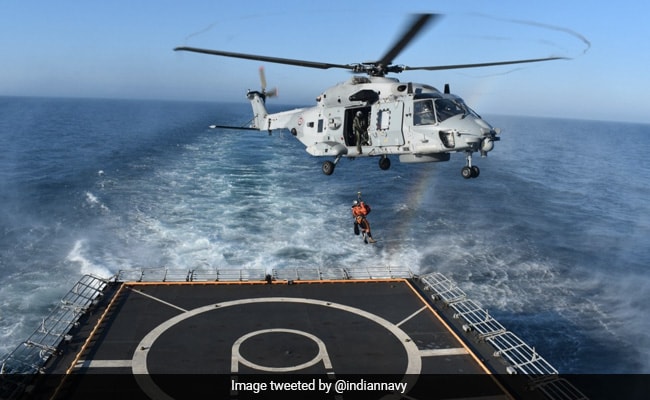 An official said the India-France naval exercise was mutually beneficial.

Indian warship INS Tabar was part of a two-day exercise with French frigate FNS Aquitaine and four Rafale fighter aircraft of the French Navy in the Bay of Biscay last week, officials said on Monday.

A wide range of operations including anti-submarine and air defence drills, replenishment at sea and firing were exercised by the ships, they said.

“A twin-engine helicopter (NH 90) from FNS Aquitaine and four Rafale fighter aircraft from French Navy also participated in the exercise,” he said.

The official said the exercise was mutually beneficial in enhancing interoperability and consolidating combined operations against maritime threats.

India and France have been exploring ways to strengthen cooperation in the Indo-Pacific, including under a trilateral mechanism with Australia to address emerging challenges in the maritime and space domains.