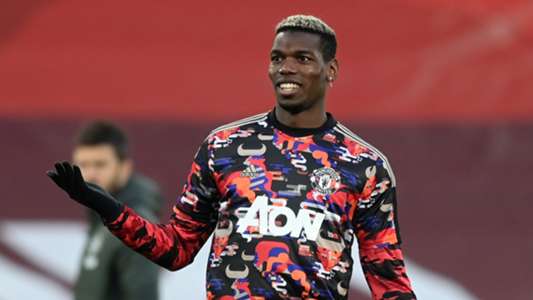 Paul Pogba has described himself as a “bad loser” who misses winning trophies at Manchester United, but says that the club’s silverware drought only makes them more determined to break it.

The Red Devils have not won a major honour since they prevailed in the 2017 Europa League final under Jose Mourinho, with Ole Gunnar Solskjaer yet to taste such success at the helm.

Pogba, who has frequently cut a frustrated figure since his return to Old Trafford, has rediscovered his career-best form under the Norwegian in recent months however, and with a return shot at the Europa League looming, is determined to break his barren streak.

What has Pogba said?

“Personally I miss it a lot and feel like I miss something,” Pogba told Sky Sports when asked about what it feels like to hoist trophies aloft. “We have to win something.

“I just want to win something; I don’t like to play and not win. I’m a bad loser, I will always be a bad loser, so every time I play, I want to win. Personally, we want it very bad. I think we are getting closer and closer; there is improvement I would say.

“When I say improvement, this club has such big goals and objectives we want to achieve and that is to win and to have a trophy to hold. That is what we want and that will be the big step.”

“I’m happy, we’re there, we’re close. We’re still in the Europa League, we still have something to play for.

“We have the league still, as long as [Manchester] City don’t have the trophy we’re going to keep working and playing. We still have a chance to win something this year so, why not?”

It will be almost four years to the day since the Red Devils last picked up a major gong if Pogba can help fire them into the Europa League final against Roma in a two-legged tie played over the close of April and the start of May.

The Frenchman was on the scoresheet at Friends Arena in Stockholm that day, with Henrikh Mkhitaryan – now with the Giallorossi in Serie A – doubling the midfielder’s opener to ensure a 2-0 win over Ajax.

United have been through something of a major transition then – of the players who featured that day, only Pogba, Marcus Rashford, Anthony Martial, Juan Mata and Sergio Romero remain – and their shift from the inflammatory Mourinho era to Solskjaer’s quieter approach is yet to yield further honours.

They have come close – last season, they reached the semi-finals of the FA Cup, Carabao Cup and Europa League, and have repeated the feat in the latter two competitions this term.

But as the only manager of the post-Alex Ferguson era to have not claimed a trophy during his reign, the heat is on for Solskjaer to finally deliver on the continent this season.

The crazy Arsenal statistic that reveals the potential is truly there