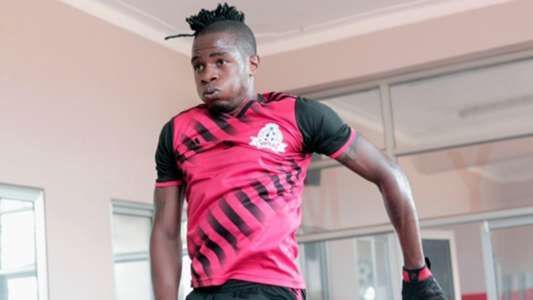 Vipers SC striker Milton Karisa has confirmed his readiness to return to action in the Ugandan Premier League for the champions after recovering from an injury setback.

The pacey forward had only managed one game for the Venoms – the 5-3 win against Busoga United at the start of the season in Njeru last December – but after the match, he was named in the Uganda Cranes squad for international matches and it is where he suffered a thigh injury in January.

Karisa has confirmed his readiness to return to action and help the Venoms defend their league title by stating he was feeling better and stronger than before after recovering from the setback.

“It’s been tough watching and supporting the team from the stands,” Karisa told the club’s official website. “It’s been weeks of both pain and self-belief for me but thank God the injury has gone. I can’t wait to play with my mates once again.

“A lot of things have happened since I got out and it has given me the opportunity to work on different parts of my game for example power among other things.

“Yes, I am now feeling better and stronger than before and I can’t wait to get back on the pitch to play for my team as soon as possible. I think this is the perfect time for me because I have missed so much already.”

The former BUL FC player is one of the most experienced players in the Venoms set up and his return will be timely in the team’s quest to return to the top of the table and also retain the title.

Vipers coach Fred Kajoba has also acknowledged they missed the services of the player and he was confident his return will help the team.

“We had to play over 10 games without him something we did not expect. It was not easy for us. Karisa is a special player and has been working hard to get back,” Kajoba told the same portal.

“We have to continue supporting him and hope he will give the team more upon his return in the second round.”

Vipers will kick start the second round of the top-tier with a trip to Bombo where they will face UPDF FC on April 2, 2021.