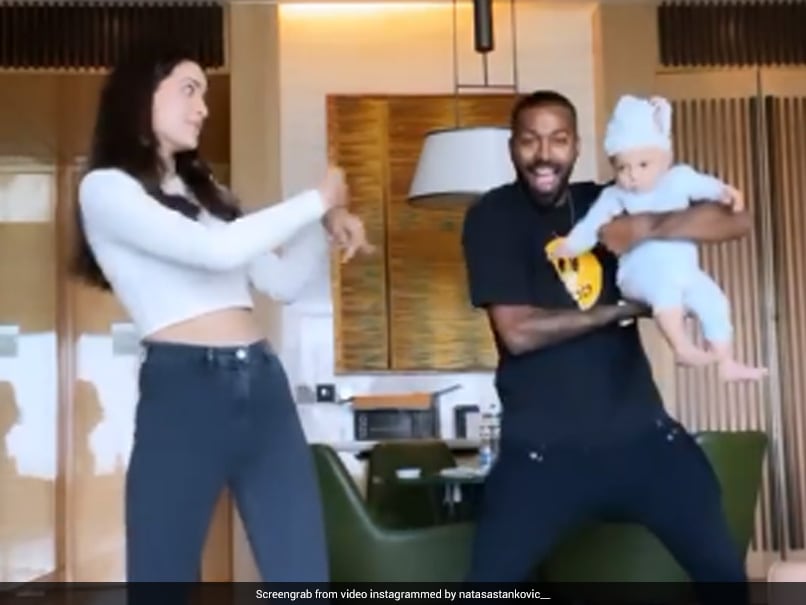 
Natasa Stankovic took to Instagram to share an adorable dance video with her partner Hardik Pandya and their baby boy Agastya. In the super cute video, the trio groove to Eduardo Luzquinos’ remix of Don’t Rush. Sporting a white top, Natasa shows off her fancy footwork in the video. Hardik also does the same, but while holding Agastya. Soon after she shared the video, Natasa received plenty of feedback, with fans pointing out that they looked lovely in the video.

Here is the video:


Natasa is known to post a lot of photos with Hardik and their son Agastya on social media. Recently she even posted a romantic photo with Hardik and called him her “sunshine”, to which Hardik reacted with heart emoticons. Here is the post:


Hardik is currently with the Indian cricket team in Pune. India are up against England in a three-match ODI series, which is finely poised at 1-1.

The visitors levelled the series in the second ODI, winning by six wickets. KL Rahul (108) smashed a century to help India post a total of 336 runs in 50 overs. But the home side’s bowling department faltered against England’s batting order, consisting of the likes of Jonny Bairstow, Jason Roy and Ben Stokes.

Bairstow also scored a century, slamming 124 runs off 112 balls. Meanwhile, Stokes (99) and Roy (55) registered half-centuries. The visitors wrapped up the match with 39 balls to spare.

The third ODI is set to take place on Sunday, at the MCA Stadium in Pune.

Topics mentioned in this article