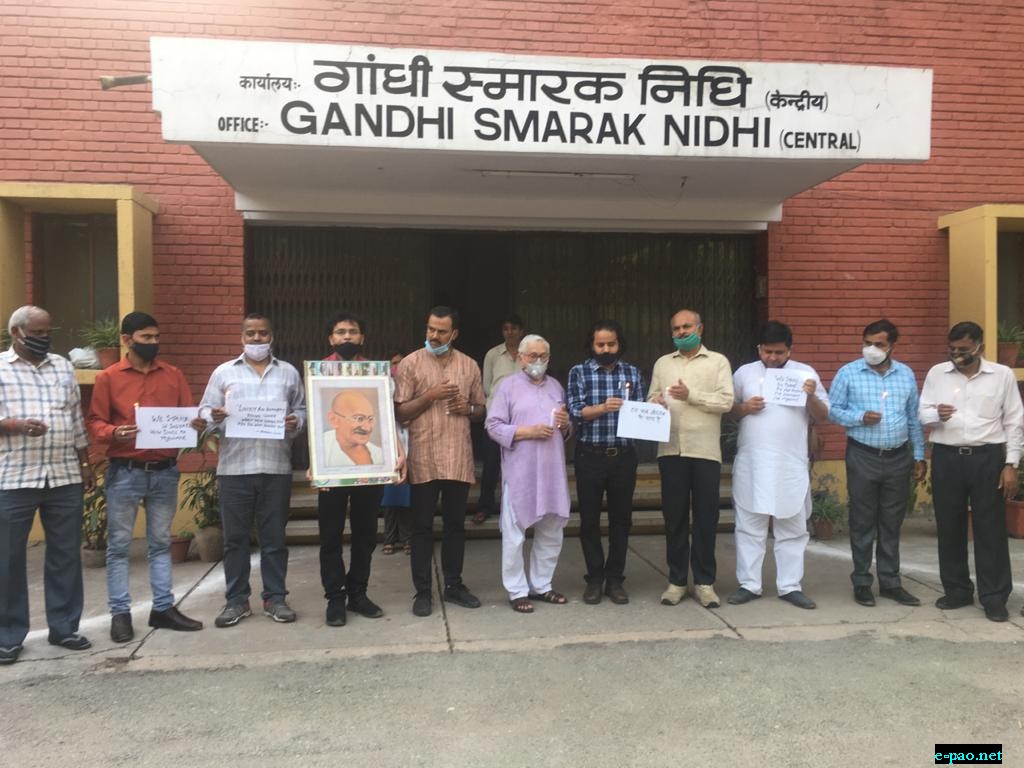 Citizens in Delhi gathered to extend solidarity with Myanmar people

A group of activists organised a small gathering with candle vigil in New Delhi at Gandhi Nidhi , Rajghat to extend their support with people of Myanmar in their struggle for democracy.

Group members called for peace and end of violence in Myanmar and hope that democracy and peace will be restored soon. This was solidarity gathering where people of all walks of life participated in support of people of Myanmar.

Veteran Gandhian Ramchandra Rahi spoke about the need that India and Myanmar are not only neighbors but also India’s freedom struggle has a great history with role of Myanmar. He talked about values that we all should inculcate humanity and peace among people.

Peace activist Ravi Nitesh stated that we are world citizens and while we are living in India, our neighbor country Myanmar is facing a humanitarian and political crisis where reports of suppression of people’s protest and violence are coming regularly through media reports and military has taken a tight grip upon democracy there which should certainly affect us as neighbors and most importantly as human being and believers of human rights.

We appeal with those who are in power in Myanmar to restrain from using violent means against people and to work towards restoration of democracy. We also appeal with people of the world to stand in support of people of Myanmar.

Sanjay Singh, a youth Gandhian and secretary of Gandhi Nidhi while talking expressed his concern about recent updates coming from Myanmar and told that Mahatma Gandhi, who is Father of Nation in India has always advocated peaceful and non-violent resistance and we must strive for that.

Sanjay Rai, social activist spoke that people always desire peace and if anywhere there is threat to peace and democracy, we should stand against it to advocate peace and humanity.

Aarish Faizan, a youth educator told that our solidarity here is for humanity. He told that there are many divisions among people within Myanmar but this is the time when we must stand together leaving all other differences aside.

People who participated came across various walks of life. Mean, Women, Young, Old everyone participated. Gathering of people also displayed portrait of Mahatma Gandhi who is an epitome of peace and considered amongst most respected social leader across the world for his ideals of Peace and Non-violence.


* This Press Release was sent to e-pao.net by Ravi Nitesh
who can be contacted at ravinitesh(AT)gmail(DOT)com

GUWAHATI: The pace of Assam’s Covid vaccination drive slackened further on Tuesday amid a delay in arrival of fresh stocks and reports of...
Read more
Northeast