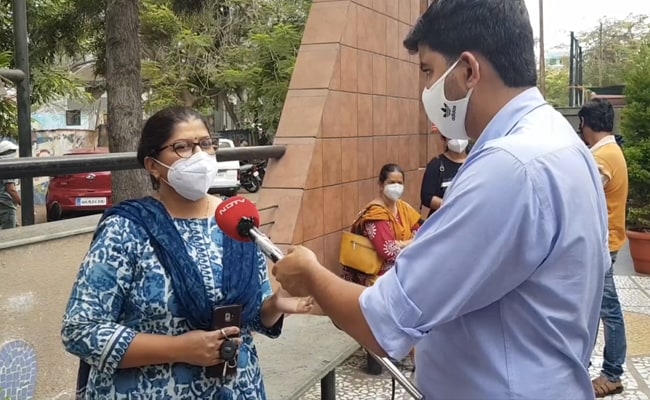 Archana Vyavhare said her mother had been in hospital for 17 days.

The family of a Covid patient on ventilator at a hospital in Nashik was asked to move her to another hospital as there is only enough oxygen supply for a few more hours. This is the latest example of a massive crisis in Maharashtra, the virus epicenter of India, where cases have been climbing over the past few weeks.

Archana Vyavhare said her mother had been in hospital for 17 days and had been moved to a non-Covid ward yesterday. But her health worsened and this morning, the family received a frightening call.

“They said they were running out of oxygen and they only had enough left till evening, so we had to shift my mother to any other hospital at the earliest,” Archana told NDTV.

But multiple hospitals refused to take in a new patient, telling the family that they wanted to preserve their oxygen supplies for those already admitted.

“We tried every hospital in Nashik but they have refused to take new admissions. If we don’t get oxygen, then my mother won’t survive,” she said.

Used oxygen cylinders stacked up by the hospital wall reflected the growing crisis in the city.

Doctors say they are trying to get more oxygen but it is unavailable.

Nashik on Wednesday reported the highest number of 4,122 coronavirus cases in a day.

Maharashtra has been reporting the highest number of daily cases in the country over the past few weeks. On Wednesday, it recorded 59,907 new COVID-19 cases and 322 deaths in 24 hours.