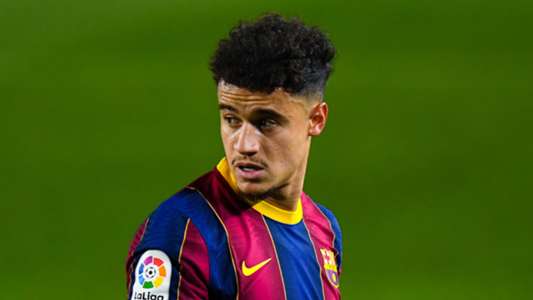 Barcelona star Philippe Coutinho is set to miss the rest of the 2020-21 season after undergoing surgery on his knee injury for the second time.

Coutinho was a regular under Ronald Koeman in the first half of the campaign, but hasn’t played since December due to a serious meniscus problem, which was operated on the following month.

There was hope that the Brazilian would be back on the pitch in time to boost Barca’s bid for a domestic double, but the club have now confirmed that the playmaker has had to go back under the knife.

“Phil Coutinho had a meniscal cyst in his left knee successfully operated on by Dr Rodrigo Lasmar, under the supervision of the club’s medical services team,” a statement on Barca’s official Twitter account reads.

“Coutinho is out and his recovery will determine his availability.”

MEDICAL NEWS | @Phil_Coutinho had a meniscal cyst in his left knee successfully operated on by Dr. Rodrigo Lasmar, under the supervision of the Club’s medical services team. Coutinho is out and his recovery will determine his availability. pic.twitter.com/ea8lIYVosl

How many more games could Coutinho miss?

Coutinho has already been forced to sit out 33 games across all competitions, and it is unlikely that Koeman will be able to call upon him again as Barca head into the business end of the season.

The Blaugrana still have 10 matches to play, including nine in La Liga and a Copa del Rey final clash against Athletic Club.

Coutinho will definitely be unavailable when Barca take on Real Madrid in a crucial Clasico encounter at the weekend, and could also miss meetings with Villarreal, Valencia and Atletico Madrid.

Depending on how his recovery goes, the midfielder may also be a doubt for Brazil at the Copa America, which is due to kick off on June 13.

Coutinho returned to Camp Nou after a successful loan spell at Bayern Munich last season, and quickly set about reigniting his career with the Catalan giants.

The 28-year-old featured in 14 games across all competitions before his injury, scoring three goals and laying on two assists while showing flashes of the brilliance which convinced Barca to invest big money in his talents back in January 2018.