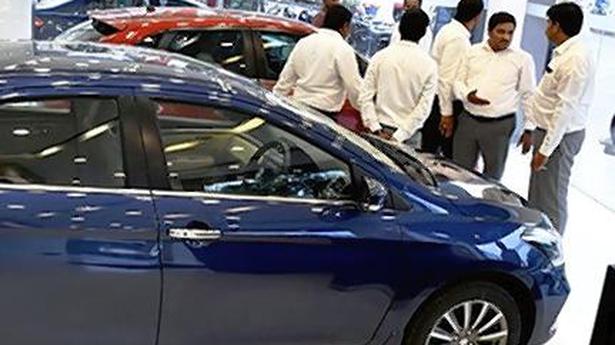 Retail sales of passenger vehicles maintained growth in March with more than 2.79 lakh units sold, data released by the Federation of Automobile Dealers Associations (FADA) showed. The figure was not strictly comparable with the year-earlier period, when sales were halted by the nationwide COVID-19 lockdown.

Notwithstanding the lower base, overall vehicle sales slumped 28.6% to about 16.49 lakh units. Two-wheelers sales shrank by more than a third to about 11.95 lakh units, while three-wheeler deliveries halved to 38,034 units. Retail sales of commercial vehicles contracted 42% from a year earlier to 67,372 units in March.

FADA said it was maintaining ‘extreme caution’ for April amid the second wave of the pandemic, potential lockdowns, and shortages of semiconductors and ABS (anti-lock braking system).

“Tractors and passenger vehicles (PV) were the only two categories which saw healthy double-digit growth,” said FADA president Vinkesh Gulati. “This growth can be associated with multiple factors like low base of last year, transition from BS-4 to BS-6 and India going under total lockdown,” he added.

He added that the global shortage of wafers, an input for semiconductors, had kept the PV waiting period as high as seven months.

Quoting Pew Research, he said the financial woes brought about by COVID-19 had pushed about 32 million Indians out of the middle class. This had badly hit the two-wheeler segment, which saw the steepest degrowth in the last few months. “This coupled with high fuel prices and price increase acted as a double whammy,” Mr. Gulati said. “This not only created havoc in the minds of entry-level customers, but also kept them away from visiting showrooms,” he added.

FADA noted that April was usually a high sales period due to festivals like Ugadi, Gudi Padwa, Baisakhi and Poila Boishakh, besides being a wedding season. Any lockdown at this point would severely hamper the momentum gained by the auto industry, it warned.

“Increase of COVID-19 and fear among consumers has started keeping them away from making high ticket purchases,” the industry group said. “This coupled with semiconductor shortage will continue to hamper not only PV, but also two-wheelers as ABS shortage is currently ringing alarm bells,” it added.

The industry body said that since Maharashtra contributed 10-11% of the auto retail, the current lockdown would have a ‘catastrophic effect’ on sales this month.

“FADA maintains extreme caution for the month of April as COVID-19 rises to newer highs,” it said.