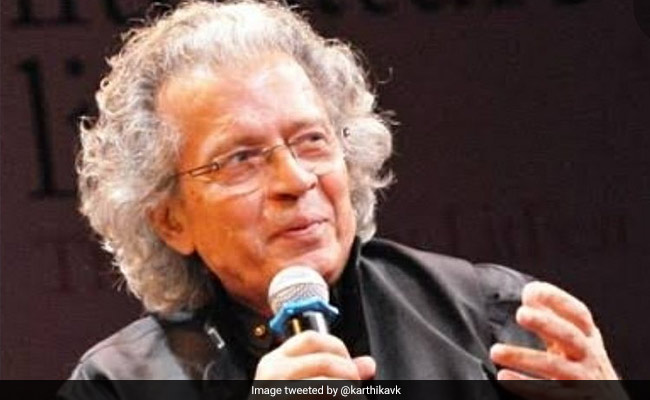 Anil Dharkar, veteran journalist and writer, died on Friday. The founder of the ‘Mumbai International Literature Festival and Literature Live!’ died in Mumbai after a brief period of illness, a former colleague told news agency Press Trust of India. Anil Dharkar had an illustrious career of over five-decades. Anil Dharker, who was in his mid-70s, was the editor of several publications including Mid-Day and The Independent. He played a vital role in opening the Akashwani Auditorium in south Mumbai as an art movie theatre. Soon after the tragic news spread, journalists, writers and all others who knew him have been posting condolence messages on Twitter.

Saddened to hear about @anildharker passing away. Will miss and cherish the discussions we had about life . A stimulating mind, nurturer of literature and art who thrived on ideas.

Goodbye dearest Anil. An elegant mind, a stylish writer, and a loyal friend. You will be missed by all those whose lives you touched. RIP
⁦@anildharker⁩ pic.twitter.com/Xu2OaDWiz5

Journalist And Writer Anil Dharker, Who Founded Mumbai Lit Fest, Dies – I am deeply shocked as I have been exchanging frequent WhatsApp messages even as recently as Tuesday this week. He will be hugely missed by the entire literary community RIP https://t.co/JktkileYVi

Saddened by the news of @anildharker‘s passing. Fellow liberal, activist, author & journalist, Anil Dharker was an institution in Mumbai.

He was also a dear friend & will be sorely missed. pic.twitter.com/uyNdLFic05

Very sad news about Anil Dharker’s untimely demise. He ran Tata LitLive, the wonderful literary festival in Mumbai which Tatas have had the privilege of supporting for over a decade. A free thinker, a man with a conscience and a lovely human being. We will miss him. RIP.

Extremely saddened by the passing of the many talented Anil Dharker. I can safely say no other Indian Litfest curator had his deep, emotional commitment or drive. Knew him for well nigh 50 years. Flourish as much up there, dear Anil.

Anil Dharker’s columns were much loved and appeared in several national and international papers and magazines. A multi-faceted talent, Anil Dharker, had degrees in Mechanical Engineering and Mathematics as well. He had also taught at the University of Glasgow for sometime. Anil Dharkar also did a short stint at the National Film Development Corporation, which was earlier known as the Censor Board and the Film Finance Corporation.

<!-- -->IB has further said that the case was investigated by Anti-Terrorist Squad (ATS) of Maharashtra Police.New Delhi: The Intelligence Bureau has told...
Read more