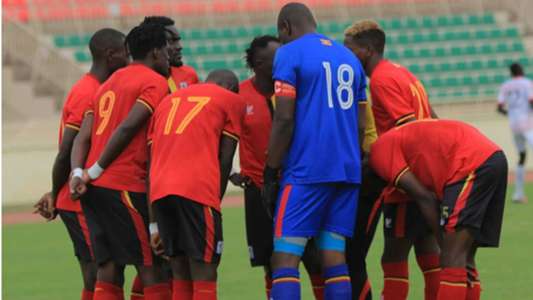 Uganda captain Denis Onyango believes the team has to play total football away in Malawi if they are to make it to the finals in Cameroon.

The East Africans are second in the Afcon qualifying Group B game with eight points after settling to a goalless draw against Burkina Faso at St Mary’s Stadium in Kitende on Wednesday. Despite needing just a point from their last trip to Malawi, the Mamelodi Sundowns shot-stopper believes they have to go for a positive outcome without relying on others.

“[Qualification] is still in our hands and we still have to fight harder. We do not need any favours from anyone, so we need to do ourselves a favour and get results. We need to play total football, not sitting back because it might cause more problems if you sit back but those are the tactics for the coaches.”

The 35-year-old went on to laud his teammates for a good game, against the Stallions, especially in the second half hoping the momentum will be retained in their next assignment.

“I am happy with the boys’ performance, especially in the second half when [Moses] Waiswa and young star [Ibrahim] Orit came on, we regained control of the game.

“I am happy with the boys at the moment and I think if we carry on the momentum from this game, we will get positive results on Monday.”

Burkina Faso lead the group with nine points from the five matches they have played. They managed two wins and three draws, scoring five goals in the process and conceding two. As a result, they have sealed their place in the Afcon finals.

Cranes are second in the group after managing two wins, as many draws and a loss. They have scored just three goals and conceded one.

The Flames need a win at home against the East Africans in their final game to qualify. They have seven points after two wins, a draw, and two losses. They have a goal difference of negative two after scoring three goals and conceding five.