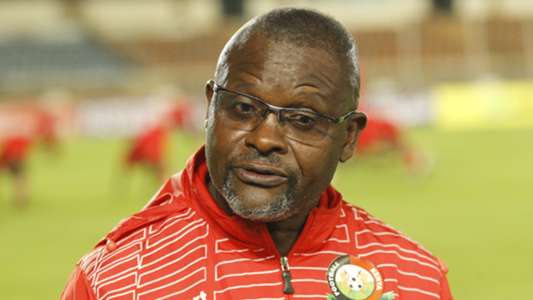 Kenya coach Jacob ‘Ghost’ Mulee is confident of returning with a win from their Africa Cup of Nations qualifying match against Togo if the team plays as they did against Egypt.

Harambee Stars will conclude their Group G matches with the away match against the Sparrowhawks in Lome on Monday and it comes after they secured a 1-1 draw against Egypt at Kasarani Stadium on Thursday.

Despite picking a draw against the North African giants, it was not enough to give them a qualification berth to the Afcon finals to be staged in Cameroon, as the Pharaohs, instead, qualified alongside Comoros from the group.

But according to Mulee, Kenya picked a lot of positives from the clash against Egypt, as they came back from conceding in the second minute of the game to level matters and even dominated the second half but were later undone when they were reduced to 10 men following the straight red card shown to defender Johnstone Omurwa.

Mulee has now told Goal if his charges will replicate the same display against Togo away in Lome, then they will win the match and finish in a respectable position in the group.

“It is a game we don’t want to lose, at least we need to finish the group in a respectable position and with a respectable result,” Mulee told Goal on Saturday.

“We are going to Togo to try to win that game, it is a long time since Kenya won away from home, it is not going to be an easy match but judging from our display against Egypt, if we can just equal the same away then we believe we can finish third in the group.”

Mulee has further explained the display against Egypt has given his team a true picture of what to expect when they start their World Cup qualifying campaign.

“At least it gives us a picture of what to expect in the World Cup qualifying games that are coming up, we are in a group where we know we have Mali, Rwanda, and Uganda, it is not going to be an easy group,” Mulee continued.

“We know those are difficult opponents but looking at how we are rebuilding the team, there is a possibility that we can be able to sneak in and gain more confidence and I believe before we can start the qualifiers, we can have a quality friendly match to gauge and bring more confidence to the players.”

Mulee has also confirmed to Goal the team will miss the absence of midfielder Kenneth Muguna, who picked an injury against the Pharaohs and he has been replaced in the squad by Collins Shichenje of AFC Leopards.

“Well I think we will have a few changes to the starting XI because of several factors, Kenneth [Muguna] is out injured then we don’t have Johnstone [Omurwa] because he got a red card in the game against Egypt,” Mulee told Goal.

“So those are two obvious changes we are going to make into the team and see what happens in that game. We have also recalled Shichenje of AFC Leopards to cover for Muguna, we cannot travel a man less hence the decision to have the player back in the squad for the Togo trip.”

Kenya will leave for Lome, Togo on Saturday and will have a feel of the field of play later in the day as they wrap up their final Group G match.