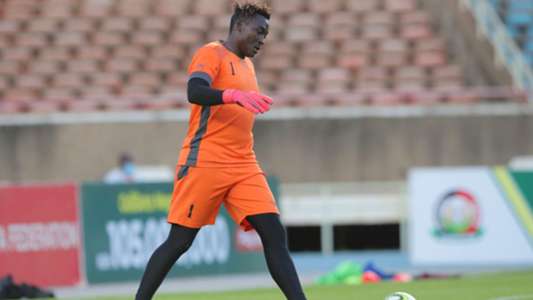 The Zesco United custodian put in a solid performance as Harambee Stars drew 1-1 with Egypt in the Africa Cup of Nations Group G qualifier at Kasarani Stadium on Thursday.

A goal from Mohamed Magdy ensured the Pharaohs joined Comoros from the group as Togo and the Harambee Stars saw their journeys come to an end, while Abdallah Hassan scored the goal that ensured Egypt and Kenya drew 1-1 again.

Despite the impact the game had on the East Africans’ race to Cameroon, it seems final, the solution for the goalkeeping department has been found.

The former international believes the 27-year-old’s career would have been taken off much sooner if he had been given a chance earlier.

“Ian [Otieno] has been our own [technical bench’s] undoing, had we been giving him a chance to play often he would have been far,” Ottamax told Goal on Friday.

“I rank him more than Origi; but even when I was a goalkeeping coach, my hands were tied not to pick him ahead of Origi but deep inside, I knew he was better than both Origi and Boniface [Oluoch].”

Ottamax believes it is a little late to trust the custodian since currently there are no major tournaments coming after the Harambee Stars were eliminated from the Afcon race.

But the former Kenya goalkeeper has challenged all to give young goalkeepers a chance to mature.

“[We have opted to give Otieno a chance], albeit late; what other major tournaments are there to be played?” he continued.

“But if we can develop that mentality of keepers mature with age and keep Otieno until mid or late 30’s then I believe our goalkeeping problems have been solved.”

In the group, Comoros qualified after a goalless draw with Togo in Moroni.

Heading into this qualifying campaign, Comoros were one of only 12 African nations never to have qualified for the Afcon finals.

They only joined the Confederation of African Football in 2003, becoming a member of Fifa in 2005, and before Thursday’s achievement, their only footballing accolades had come in Indian Ocean Island Games.

However, they have been consistent in the ongoing campaign and went on to qualify for the biennial competition with a game to spare.