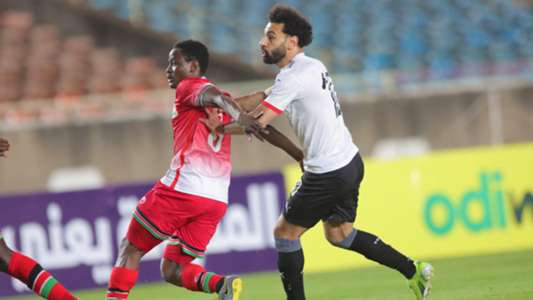 The left-back has also rued missed chances against Egypt, stating they cost the team victory and a potential slot in the continental finals

Kenya international defender Eric Ouma has promised fans improvement when they play Togo in the Africa Cup of Nations qualifier at Kegue Stadium, Lome on Monday.

Both teams have missed out on the biennial competition, with Egypt and Comoros taking the two top slots in Group G.

The game in Lome will be nothing but a dead rubber, but for the AIK Fotboll left-back, only victory over the Sparrowhawks will be good enough.

“We are prepared and ready to give our best on Monday against Togo, we want to ensure we finish our campaign on a high,” Ouma told Goal on Sunday.

“However, we have another chance on Monday; we will do better and ensure we finish the campaign on a high and focus on the forthcoming matches.”

Meanwhile, several changes have been made to the squad already in Togo to play the hosts.

AFC Leopards youngster Clyde Senaji took the position of Johnstone Omurwa, who is suspended after being red-carded against the Pharaohs.

Gor Mahia captain Kenneth Muguna is also out injured and as a result, he has been excluded. Anthony Akumu is also out of the game after requesting to be excluded owing to family issues.

“It is a game we don’t want to lose, at least we need to finish the group in a respectable position and with a respectable result,” Harambee Stars coach Jacob ‘Ghost’ Mulee told Goal on Saturday.

“We are going to Togo to try to win that game, it is a long time since Kenya won away from home, it is not going to be an easy match but judging from our display against Egypt, if we can just equal the same away then we believe we can finish third in the group.”

The England U21 international stepped off the bench to earn the Gunners a point against Fulham, bringing a frustrating run to a...
Read more
Football

The letter was sent by the group of English, Spanish and Italian clubs to FIFA President Gianni Infantino and UEFA counterpart Aleksander Ceferin. ...
Read more