Afcon: Comoros qualify, what does it mean for Kenya, Salah? | Goal.com 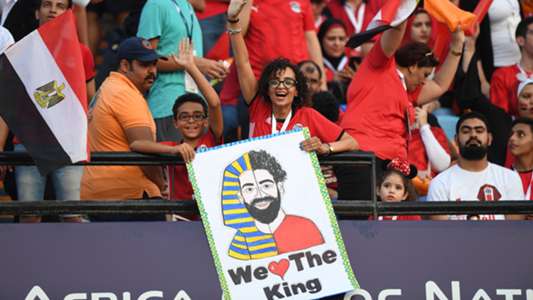 The tiny African nation have qualified for their first Nations Cup, but where does it leave the Liverpool superstar?

Comoros’ 0-0 draw with Togo in their fifth Africa Cup of Nations qualifier on Thursday takes the tiny island nation through to their first Afcon, but what does it mean for Kenya and Mohamed Salah’s Egypt?

The two countries meet in Nairobi on Thursday afternoon, both knowing that the result could have significant consequences for their prospects of reaching the Nations Cup.

The Comoros’ achievement—the first ever Afcon qualification for world’s 160th biggest country and the team ranked 130th in the Fifa World Rankings—is an outstanding feat, but where exactly does it leave the Liverpool forward and the Harambee Stars?

Victor Wanyama will be missing in action for the Harambee Stars 🇰🇪

Is Wanyama’s time as Kenya captain over? 🇰🇪

For Salah and Egypt, they have their destiny firmly in their own hands.

The Pharaohs started the qualifying campaign slowly in the aftermath of a miserable 2019 Afcon campaign on home soil, but they headed into matchday five atop Group G with eight points.

If they avoid defeat against Kenya away on Thursday, then they are guaranteed their place at the Nations Cup, condemning the Harambee Stars to elimination.

It’s that simple for the North African giants.

For Kenya to stand a chance of progression, they must defeat Egypt at home.

It’s a big ask, no doubt, particularly considering the absences of key figures such as Victor Wanyama, Ayub Timbe and Johanna Omolo.

However, Kenya can take confidence from their previous meeting against Egypt in November 2019, when Michael Olunga’s second-half goal cancelled out Kahraba’s first-half opener.

Either way, the Stars need to win on home soil in order to remain in the hunt.

Achieve that, and they then need to go away to already eliminated Togo on March 29 and defeat the Sparrowhawks in Lome.

Only two wins will be enough for the East Africans as they look to secure back-to-back Nations Cup qualifications.

Even if Kenya win both games, however, they will be eliminated if Egypt defeat Comoros in Cairo on Monday.

Regardless of Thursday’s result, Egypt will be favourites for that clash, although they struggled on home soil against both Kenya and Togo, and were held 0-0 by the Comoros.

If Kenya can beat Egypt and Togo, and if the Pharaohs fail to win against Comoros, then the Harambee Stars would progress to the Nations Cup at Salah’s expense.